Who We Are And What We Do 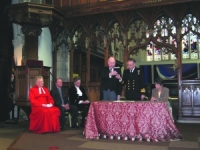 The County of Merseyside was established on 1st April 1974 and at that time Merseyside County Council was also formed, but it was abolished in 1986. Today there are five districts within the County of Merseyside (which still exists) – they are Liverpool, Knowsley, Sefton, St. Helens (all formerly part of Lancashire) and Wirral, (formerly part of Cheshire). There are still some County bodies such as Merseyside Police and Merseyside Fire and Rescue, but most of the local authority services are undertaken by the five districts.

At the time of the creation of the County in 1974, the Lieutenancy and the Shrievalty were created, the area having previously been part of the Lancashire and Cheshire Lieutenancies and Shrievalties respectively.

The County covers some 249 square miles and in 2008 had population of 1,365,000. Liverpool is an important tourist destination and was recognised as European Capital of Culture in 2008. The Port of Liverpool ships some 32 million tons of freight each year. The City is a great provider of further education with three Universities providing courses for some 50,000 students. The population of the city is currently estimated to be 434,900 with over 23,000 living in the city centre, a ten-fold increase in the city centre population in the last ten years. 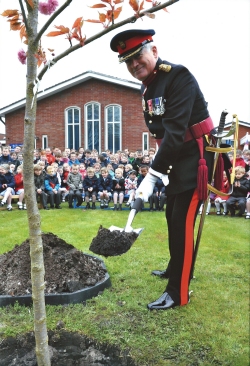 The population of Knowsley is 150,459 (2001 census) and has a mix of agriculture, industry and education. Knowsley Estate is prominent within the Borough and includes the Safari Park.

Sefton with a population of 282,958 is split into two distinct parts – to the South of the borough is an urban area with the docks and to the North, there are leisure activities and beaches which are the principal attractions of Southport and Formby, both popular resorts.

Historically, St. Helens was well known for its coal mining, glass manufacture and chemicals. Today the manufacturing of glass is the only industry to have survived. In recent times, the Borough has developed other industries and attracted new companies with a population of 176,843.

The Wirral Peninsula is surrounded by the Dee Estuary, Irish Sea and River Mersey . At one time, the area was well known for its shipbuilding at Cammell Lairds, but today, new developments are being pursued. Most of the Western side is countryside including nature reserves and sandy beaches with rambling, sailing and golf being popular pastimes. It has a population of 311,200.