Mrs Abila Pointing MBE DL, the High Sheriff of Merseyside, has officially opened the multi-million pound redevelopment at Merchant Taylors’ Primary School, Stanfield. The two year, two-phase project undertaken by Eric Wright Construction, a division of the Eric Wright Group, was completed in December and is the second major build project at Merchant Taylors’ Schools in the last 5 years. It is part of an overall 10 year development strategy, the next stage of which is already being planned.

Guests, including former members of staff, were invited to a special ceremony to mark the official opening of the impressive new build which is now fully operational since the beginning of the new school term in January. Mrs Pointing unveiled a plaque and talked about the value of a good education. She then met representatives of the school council who took her, and other guests, on a tour of the new facilities. 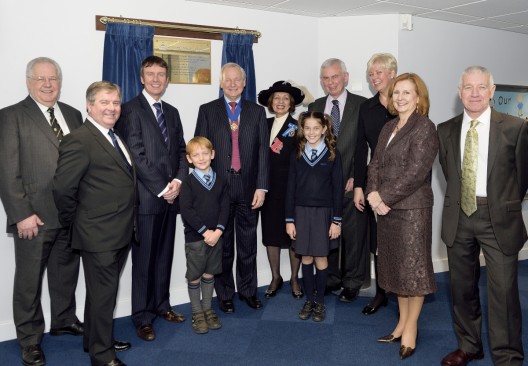